In these study notes of Tafseer Quran English for Al Baqarah 6-7, we are going to look at  ٱلۡمَغۡضُوبِ those who earned Allah’s anger.  There are people who do not have faith in Allah, they do not establish Salah, they do not share anything with others, they have no respect for the previous Prophets and they don’t worry about the hereafter. A warning is of no use for those who reject faith.

6.   Indeed, those who disbelieve, it is all the same for them whether you warn them or do not warn them, they will not believe.

ٱلۡمَغۡضُوبِ Those who earned Allah’s anger.  In Tafseer Al Fatiha 1-7 ٱلۡمَغۡضُوبِ were mentioned.  This is referring to those who had knowledge but did not implement the knowledge.

These people are completely opposite to the لِّلۡمُتَّقِينَ  the believers.   We discussed the mutaqeen in the previous lesson,   Tafseer Al Baqarah 1 – 5  They are the complete opposite to those who disbelieve,   Allah says:

كَفَرُواْ  Kafir, what does it mean?

• To deny the truth

• To hide or cover the truth

A farmer in arabic refers to kafir because he hides the seeds in the earth, so anyone who hides something is kafir.

Is Kafir a swear word?

No, Kafir means disbeliever, the one who hides the truth, one who does not recognize the truth.

The truth is so obvious.  We cannot deny the sun, the light it gives, the heat it brings.  It’s a method of simple thinking and easy to understand that there is a Creator.    When you see this creation what comes to mind is that there must be a creator.   We benefit from all that Allah has created.  The sun, the universe, the skies, the earth and all that is on it and yet we still don’t appreciate, we don’t praise him, we are not grateful, he has created it all just for our benefit.

At the time of the Prophet (saw) there were many who denied the truth; from among them were:-

Allah says about them

سَوَآءٌ  it is the same

ءَأَنذَرۡتَهُمۡ whether you warn them

ءَأَنذَرۡتَهُمۡ is to warn them.

To warn them about what?  the punishment in the hereafter.

What kind of warning is ءَأَنذَرۡ?

It is a warning given with care and affection out of love. The Prophet (saw) said when he called the people of Mecca together to give them the message of Islam, he said, I am a Warner for you against the severest warning.

This warning of the Messengers is out of love, out of affection. The Prophet wants them to believe but they are not listening. So Allah is telling the Prophet (saw)  ءَأَنذَرۡتَهُمۡ أَمۡ لَمۡ تُنذِرۡهُمۡ لَا يُؤۡمِنُونَ  whether you warn them or you don’t warn them, it will not make a difference.

Only Allah knows the conditions of a person’s heart, we should still fulfil our responsibilities and warn a person. The Prophet (saw) he continued to warn them, but guidance is in the hands of Allah.

Abu Huraira reported Allah’s Messenger (saw) as saying, no child is born but upon the fitra (Islam), it is his parents that make him a Jew or a Christian or a Madian,  (Bukhari & Muslim).

Every child is born upon the fitra which is the natural inclination to worship Allah.   The fitra is to be born a Muslim. This hadith reveals that people are influenced by their environment because it says the parents make him a Christian or a Jew or a Madian which shows people are influenced and conditioned in their belief by the environment that they live in. Because of this conditioning, they cannot take in the Haqq (truth); just like the time of the Prophet (saw)  people had been conditioned to believe a certain way and many could not take the Haqq what he brought to them.

Why is it that Allah says that these people their hearts are sealed, whether you warn them or not, they won’t listen?

They are comfortable in their environment, It is convenient for them. They have many advantages in living the way that they do. Their forefathers had been practising the same lifestyle generation after generation, to break away from that would take a brave step, they don’t want to come out of their comfortable environment.

The truth is presented and yet they refuse to accept it, they refuse to even listen.  Allah seals their hearts and then they no longer have the ability to receive that guidance. 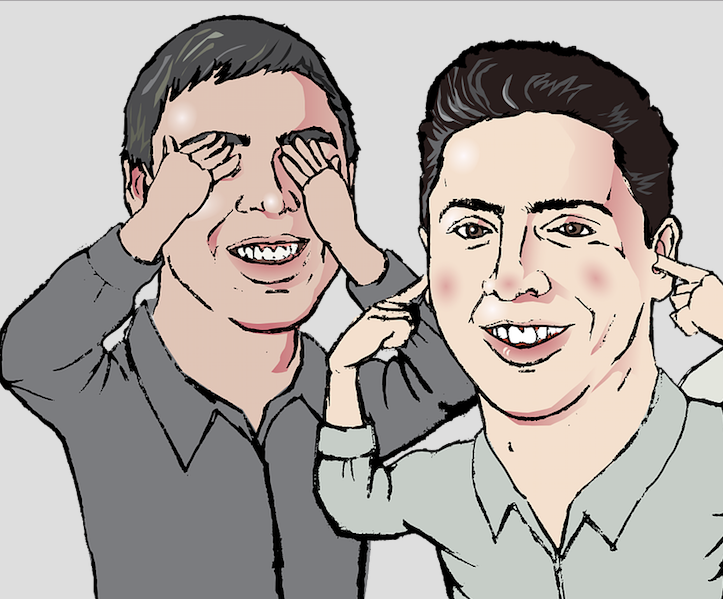 Their hearts are sealed.  it’s just like sealing an airtight container, once you fill it with something and seal it shut, nothing will come out and nothing will go in, not even air.

Over their vision, there is a veil of

These things become a barrier; they become a veil from seeing the truth. Their hearts are sealed, their ears are sealed simply because they don’t use these faculties in the right way.

Disbelief is of Different Types

Believers have to believe in the Unseen.

If anyone performs any of these major types of kufr then they will be out of the folds of Islam.

1. Kufr of Denial/rejection.  This is when a person denies the existence of Allah and all articles of faith.

The Prophet (saw) said, whoever has left the prayer deliberately has surely denied.

2. Kufr of Arrogance.  The person knows it is the truth yet he denies.

3. Kufr of Doubt/Suspicion.  If you asked this person he would have doubts and say he was not sure.

4. Kufer of Turning Away.  A clear sign is in front of a person, he sees the truth and he turns his face away from it.

5. Kufer of hypocrisy.  They did not accept it in their heart but verbally they declared their belief.

If anyone performs any of these they will not be taken out of the folds of Islam because it is a minor type but still, a person should avoid this.

These qualities go against the qualities we looked at of the mutaqeen who believe in the unseen. This type of kufr rejects the unseen.  We can see the contrast between the two, where one affirms and acts upon something the other denies and does not act.

And Allah says for the disbelievers وَ لَهُمۡ عَذَابٌ عَظِيمٌ۬  and for them, there is a great punishment.

For those who deny and who cover the truth, they will have a great punishment and this includes both mental and physical torture. This punishment will be great in size and also great in intensity.