The Book of Allah 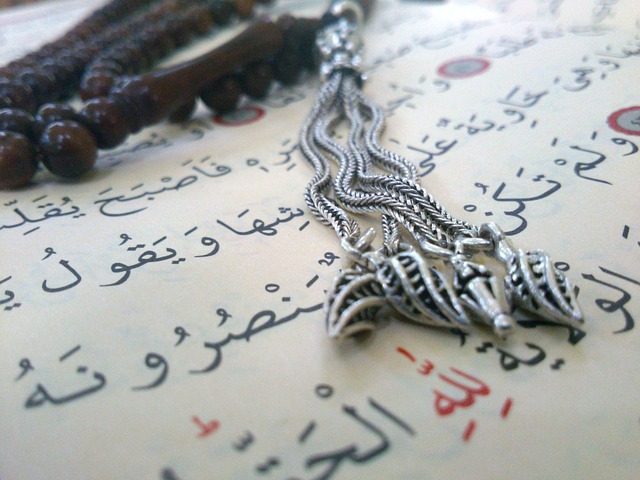 The Qur’an starts off with Surah Al Fatiha. Allah gives us a supplication – it is a Dua for guidance for mankind and with that, Prophet Muhammad صلى الله عليه وسلم tells us “adua hul ibadah” – it is a supplication for worship. In this manual of Qur’an, Allah teaches us the proper manner to worship Him.  Surah Al Fatiha reveals the nature of the relationship Allah wants us to have with Him. We are able to approach Him directly with this Dua. The Qur’an does not start off with a story, or about someone, it starts with you speaking directly to Allah and asking Him for guidance. It starts with ‘Ummul Kitab’ – Mother of the Book. The Foundation of the Book.  Surah Al Fatiha is to seek Allah’s guidance and Him providing us with it. In Surah Al Fatiha, we say:

Next, we ask Allah for guidance, in Surah Al Baqarah, it says:

“This is the Scripture in which there is no doubt, containing guidance for those who are mindful of God” Qur’an (2:2)

Allah tells us how to be guided. He gives us the reason:

Allah tells us what guidance is; why we should seek it and how to be sincere in that pursuit of guidance. He gives us the stories of people who fell off from the path of guidance (so that we don’t fall into the same trap). He identifies the factors that cause them to fall from guidance and affirms that this message is one that requires dedication on the part of the believer and if an individual is sincere, He will constantly see them through obstacles.

When we ask Allah for guidance, in Surah Al Fatiha, He then mentions, “this is a guidance book” and mentions about traits of three types of people.

There are three ways Revelation will be received: 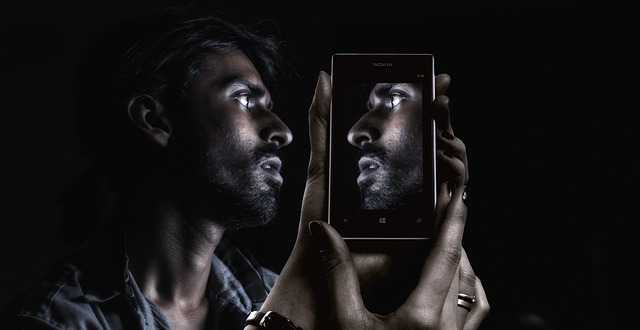   Allah gives us beautiful stories, such as the first man Adam, and what caused Adam to fall. He tells us about Iblees who was a guided Jinn and left guidance. In the case of Adam, he was temporarily disconnected from the guidance of Allah because of his simple desire.

“Shahwa” is a means of a person missing out on guidance. It’s when a person lets their desires get the best of them and turn away from guidance. It is when Allah asked him not to eat from the tree, but he still did. Later, Adam turned back to Allah for guidance. In the case of Iblees, it was his destructive characteristic, a flaw of pride, which caused Iblees to permanently turn away from guidance. “Kibr” means pride. For instance, when a person suffers from the disease of pride, they find it much harder to come back to Allah because of suffering from desires.

Two reasons for turning away from guidance:

Pharaon was the equivalent of Shaitan in a human being; a man who insisted upon his pride before guidance, humanitarianism and before any type of empathy. He worshipped himself and wanted everyone to worship him. the Children of Israel insisted on their desires, but some of them turned to Allah.

Allah mentions Suleiman he had access to his desires and had all of the elements that usually make a person full of pride. He had a Kingdom greater than Pharaon and had access to the desires that the Children of Israel would dream of having, yet Suleiman was able to take those elements, channel them in a way that would bring him closer to Allah rather than turning away from the guidance. Suleiman did not disbelieve, rather it was the Shaitan that disbelieved. 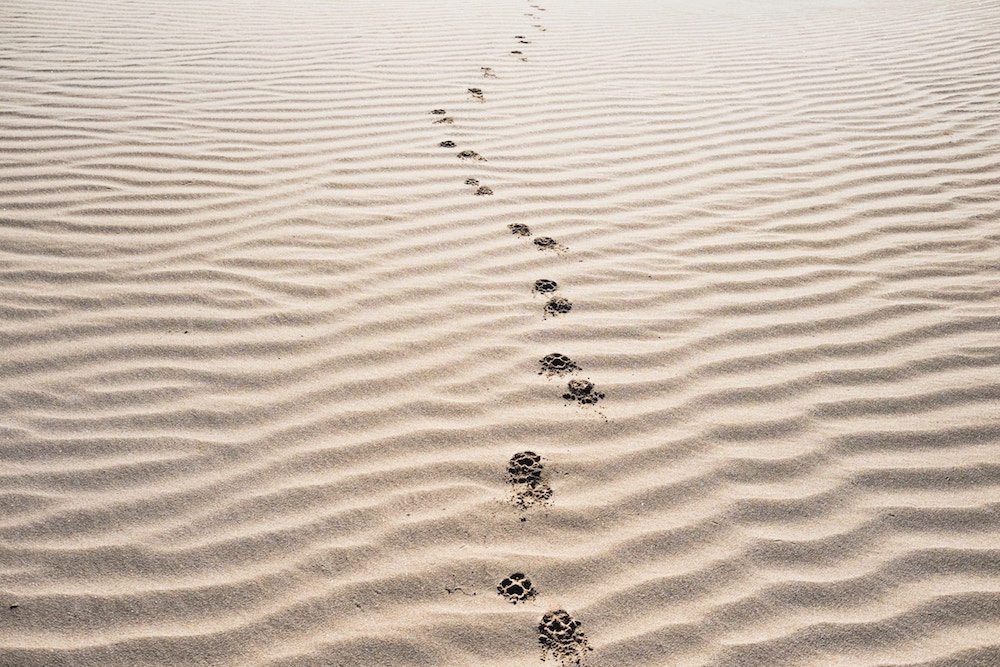 There were some people who followed our father, Ibrahim and followed the Abrahamic paths and ways. Allah inspired Ibrahim and the believers who are expected to follow the path of Ibrahim and later to follow our beloved Prophet Muhammad صلى الله عليه وسلم.

Allah praises the character of Ibrahim in many ways. Ibrahim was one who was truthful to Allah, he always sought guidance and despite the difficulties he was facing, he responded in a way that was pleasing to Allah His examples of submission are clear to see, not questioning or doubting Allah not finding loopholes like the Children of Israel did, not feeling a sense of pride with the great position Allah gave him. Ibrahim represents everything that a person would want to achieve in coming closer to Allah

Every time Allah asked Ibrahim to submit, he submitted. He never showed stubbornness or preference to his desires over what Allah commanded him to do. He always preferred the way of Allah.

Allah mentions the character of Ibrahim and what he wanted to see from his children, to worship Allah and stick to the guidance. The Sunnah of Prophet Muhammad صلى الله عليه وسلم is what believers must understand and follow in order to understand the Qur’an properly. Allah sends us:

Allah mentions “tazkiya” before “ilm” – which is purification before knowledge. It is when a person is a slave to his desire, ego or pride, they inevitably use those for their worldly benefits. Ibrahim wants to see his people and nation follow the right path.

Qibla – The Direction of Salah

Allah later mentions the change in the Qibla, the direction of the prayer from Jerusalem to the Kaa’ba. Ibrahim and Ismael built the Kaa’ba and asked Allah for its acceptance, and asked for a Prophet to be sent that would live up to its expectations and standards. Allah mentions that a Prophet will be coming and his Ummah was commanded to face the House that was built by Ibrahim and Ismael and made dua for Prophet Muhammad صلى الله عليه وسلم and his nation.

Believers face the direction of Ibrahim, both physically and spiritually; they adapted that standard Ibrahim wished to see in his nation and the Ummah of the Prophet Muhammad صلى الله عليه وسلم.

Allah mentions that He has prescribed upon us fasting, as he prescribed it to those who came before us so that we can gain taqwa (piety). Fasting is for believers to gain guidance in their lives. The Qur’an was revealed in the month of Ramadan. Prophet Muhammad صلى الله عليه وسلم said all the Scriptures were revealed in the Month of 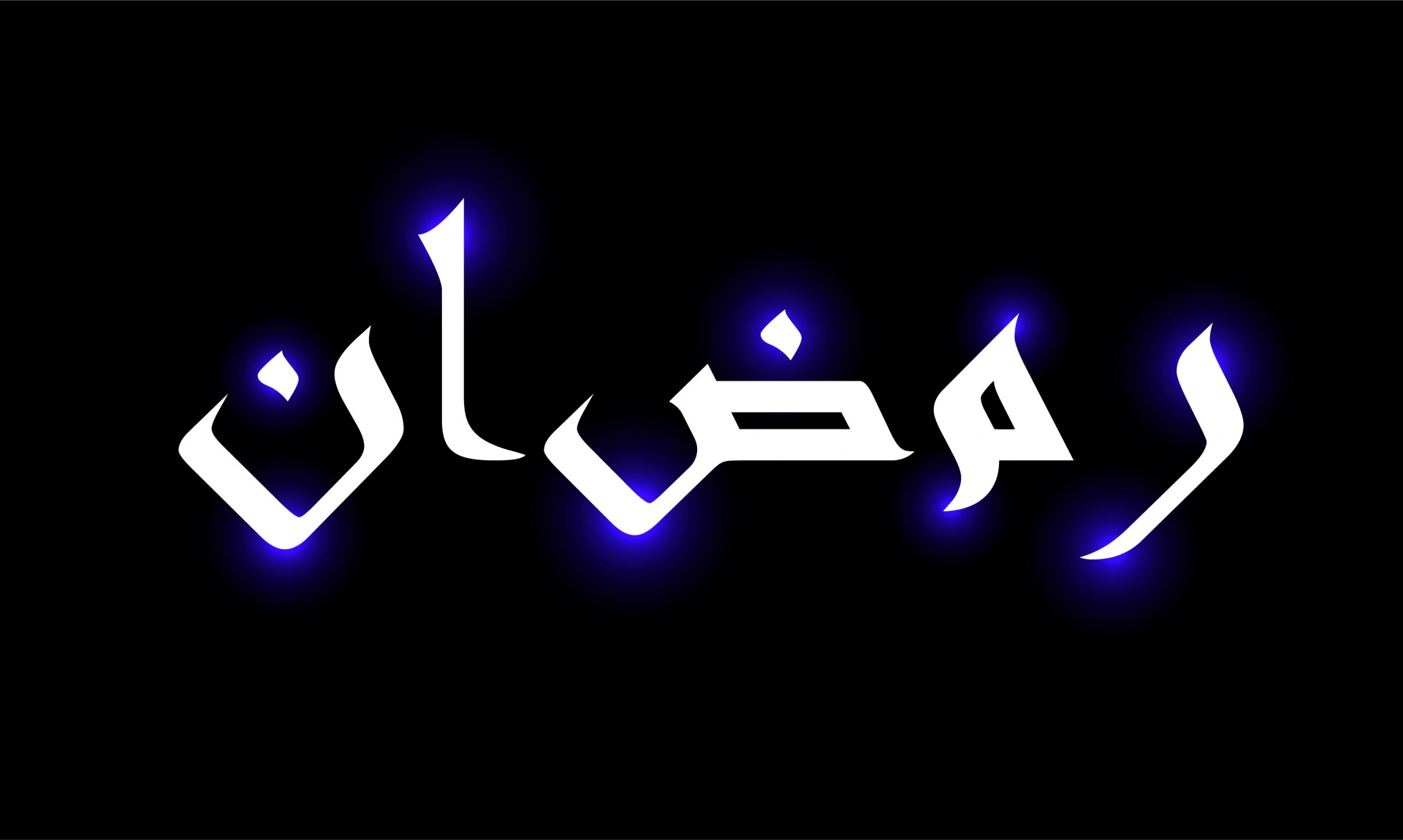 Ramadan. The goal of Ramadan is to give believers, taqwa in order to gain guidance, along with gaining piety and becoming more aware of Allah as we complete the month. We are also meant to glorify Allah praise Him, declare His greatness and thank Him for His guidance. Guidance is not imposing or harsh, it does not cause stress, but gives us the best of this world and in the Hereafter.

Importance of Dua and Guidance

In Surah Al Fatiha, it started off with a Dua for guidance and then Allah mentions He sends guidance and the importance of dua. Allah says, when His servants call Him, He is near to them. He answers the call of the caller, and lets them believe in Him, and manifest guidance.

“Rushd” is a level above “hidayah”, which is greater than guidance. It is when guidance manifests in “amal (actions). Some scholars said “hidayah” is guidance for knowledge and guidance to the path. Allah says if a believer calls Him and when the believer answers His call, they will achieve guidance in every single way. Allah mentions a believer should enter into submission entirely, just like the way Ibrahim did and not follow the footsteps of Shaitan, Pharaon or the Children of Israel who insisted on their desires which earned their destruction. Believers should follow the way of Ibrahim, the way Adam turned back to Allah and the way Musa dealt with obstacles.

At the end of Surah Al Baqarah it says:

Allah did not give to Adam and the Children of Israel what they could not handle. He did not make Firaun too powerful that he could not find guidance, because Suleiman found guidance. Allah does not overburden a person. He will not give people more than what they can handle.

In Surah Al Fatiha, we ask for guidance, and at the end of Surah Al Baqarah, we ask Allah to keep us firm on that guidance; this is a beautiful correlation which was given to the Prophet Muhammad صلى الله عليه وسلم  directly under the throne of Allah.

“The Messenger believes in what has been sent down to him from his Lord, as do the faithful. They all believe in God, His angels, His scriptures, and His messengers. ‘We make no distinction between any of His messengers,’ they say, ‘We hear and obey. Grant us Your forgiveness, our Lord. To you we all return!’”
– Qur-an (2:285)

Shazia Chowdhury is a student of the Qur’an and Sunnah and loves to share beneficial knowledge and voices out her personal insights to connect with people. Produced her first- Ramadan Booklet in 2018. Founder of an NGO, which helps the poor to live life healthier and happier. On a side- she adores being a foodie, an explorer as well as a nature lover!

Qurbani Means Sacrifice: An Overview of the Islamic Ritual
I Asked My Six Year Old Why Has Allah Created Us
Tafseer Quran In English - Al Baqarah 8-16 - Lesson 4 - Student Notes