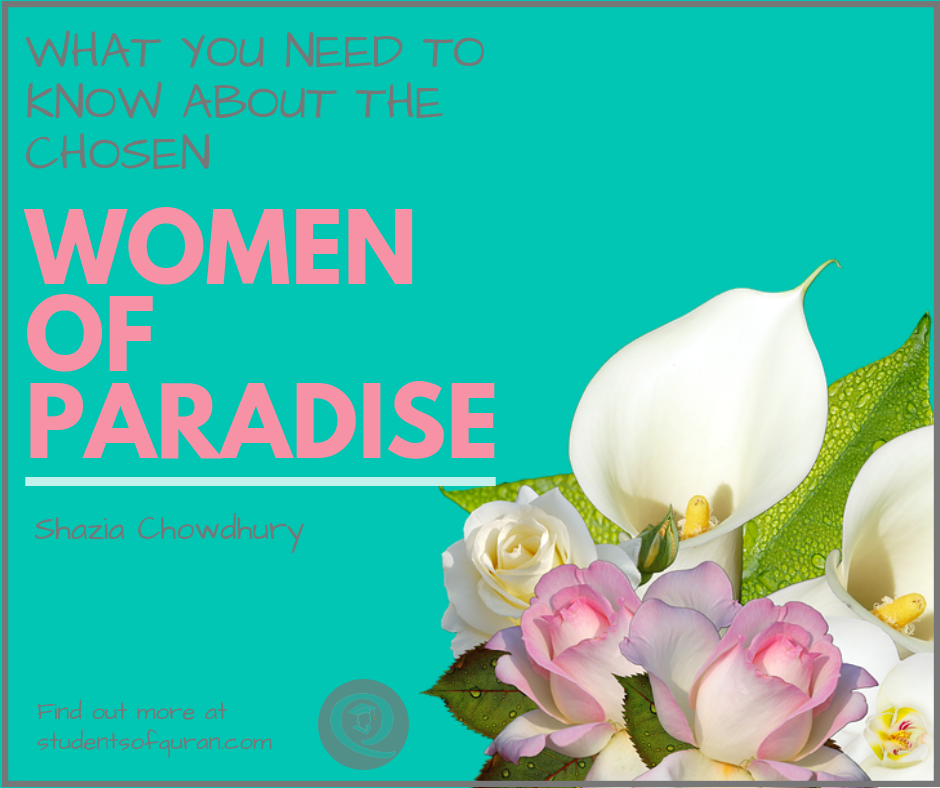 Khadijah رضي الله عنه‎ one of the women of paradise was the first wife of Prophet Muhammad صلى الله عليه وسلم and is also known to be the Mother of all the Believers. 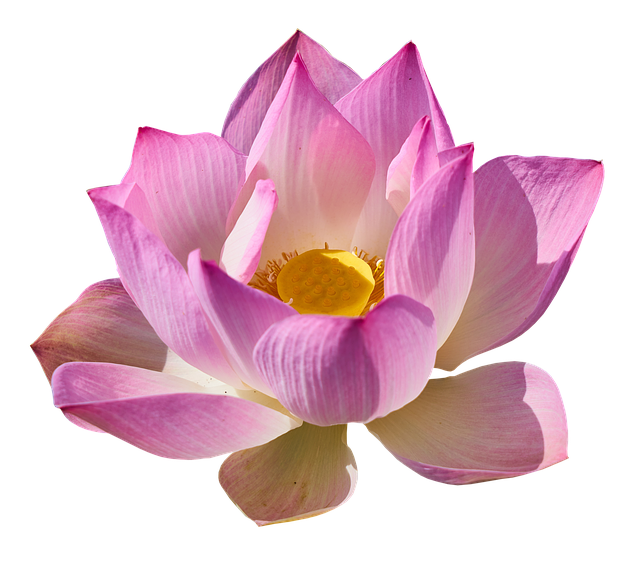 Khadijahرضي الله عنه ‎ being a strong and independent woman was a successful and prosperous business woman.

She used to hire men to trade goods for her and would give them a share of her profits. Then, She employed Prophet Muhammad صلى الله عليه وسلم to work for her. Due to his loyalty and sincerity, She paid double for his outstanding work and for his loyalty. Later, she expressed her desire to marry him.

Khadijah رضي الله عنه‎ was a widow, and at the age of forty, got married to Prophet Muhammad صلى الله عليه وسلم who was twenty-five. She was fifteen years older than him and bore him children.

Khadijah was Mother of

Khadijah assured Prophet Muhammad صلى الله عليه وسلم of Allah’s favour when he was anxious, that he might prove unworthy and then be forsaken. As a wife, she gave him full moral, financial and emotional support. Thus, She led Prophet Muhammad صلى الله عليه وسلم to a learned relative of hers (a Christian Monk) who confirmed that he was the promised and chosen Messenger of Allah.

Khadijah رضي الله عنه‎ was a very generous and giving woman, who not only was supporting and working for her family and workplace but also used to donate to the poor, orphans, widows and to the sick.

“I also love the ones she loved.”

He once told Aisha

Prophet Muhammad’s صلى الله عليه وسلم love for Khadijah remained deep down in his heart even after her death. When Khadijah رضي الله عنه‎ passed away, that year was known as the “Year of Sorrow.” It was also the year Abu Taalib, the uncle of Prophet Muhammad صلى الله عليه وسلم passed away. Because of the pious, character and behaviour that she portrayed, along with being a devoted believer, she became a blessed and chosen woman of Paradise. 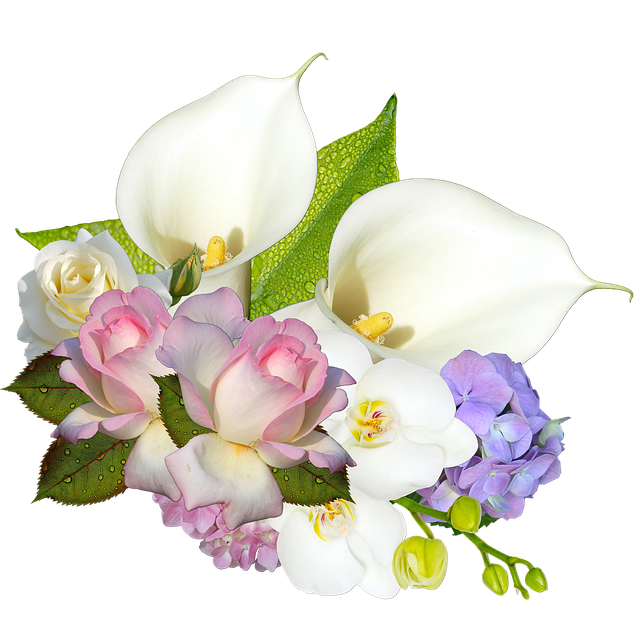 As per the description of Prophet Muhammad ﷺ wives in the Qur’an, she is also known to be “Umm al-Mu’minin” the Mother of all the Believers.

She was the greatest scholar of Islam. Her chains of narration were consistently described as among the best, and she conveyed most of the hadiths which could not have been conveyed by other Sahabas because none of the male Muhaddiths among them had known Prophet Muhammad ﷺ so closely.

Aisha رضي الله عنه‎ used to spend her time teaching the beautiful religion of Islam and narrated hadiths. She was a strong and intelligent woman, who also had a fun loving personality. Her racing with Prophet Muhammad ﷺ displays a symbol of her personality.

Aisha رضي الله عنه‎ was the most beloved person to Prophet Muhammad ﷺ. She contributed to spread the message Islam and served the Muslim community. She was the one who used to stand for truth and justice. You will find numerous verses within the Qur’an, revealed because of Aisha رضي الله عنه. One particular verse was revealed when she was accused of adultery by the hypocrites. Allah revealed verses 11-20 of Surat an-Nur in her defence.

Prophet Muhammad ﷺ spent the last few days of his blessed life with Aisha and he died in her lap.

Aisha رضي الله عنه‎ died at the age of sixty-six and was buried in Jannatul Baqi’ in Madina. Along with having the cleanest, pure, character and conduct, and with being a righteous person, she was the blessed and chosen woman of Paradise. 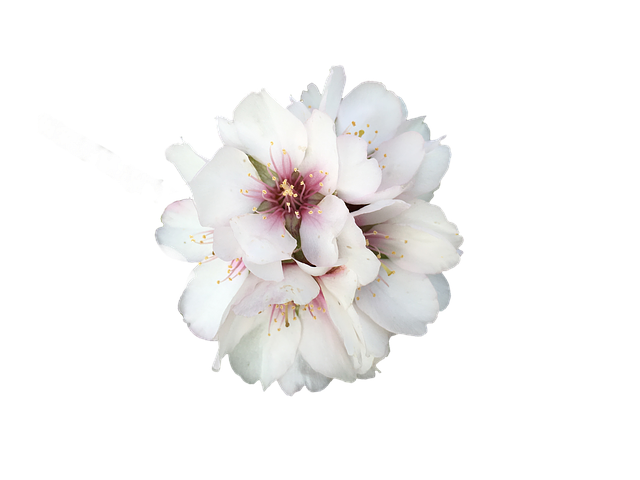 She was the wife to ‘Ali ibn Abi Taalib and loved her Father dearly, she defended and protected him with great courage.

As told by Prophet Muhammad ﷺ, she will be the leader among the women in Paradise. She led a life of extreme poverty and struggle. Fatimah رضي الله عنه‎ gave birth to beautiful daughters, named

Fatimah ﷺ was matured and had remarkable patience and determination while dealing with difficult trials and tribulations. Like her mother, Khadijah, Fatimah was generous and caring. She supported her father with the truth but was also generous and compassionate towards the poor.

She liked to study the Deen. She narrated the complete story of Tamim al-Dari and dedicated her time learning, even after the bereavement she was dealing with. She used to hurry to the mosque whenever she heard there would be a sermon and committed to learning by heart the long, detailed hadiths of Sahih al-Muslim and other compilations. Later all those compilations were established in every detail by other narrators.

Fatimah ﷺ lived for six months after the death of her father, Prophet Muhammad ﷺ. She was buried at night. Along with having the cleanest pure, character and conduct, and with being a righteous person, she was the blessed and chosen woman of Paradise.

Shazia Chowdhury is a student of the Qur’an and Sunnah and loves to share beneficial knowledge and voices out her personal insights to connect with people. Produced her first- Ramadan Booklet in 2018. Founder of an NGO, which helps the poor to live life healthier and happier. On a side- she adores being a foodie, an explorer as well as a nature lover!