The Beginning of Prophethood & Migration to Abyssinia

The Divine Revelation to the Messengerﷺ began in the form of good dreams which came true like bright daylight, and then the love of seclusion was bestowed upon him. He used to go into seclusion in the cave of Hira’ where he worshipped Allah continuously for days, before 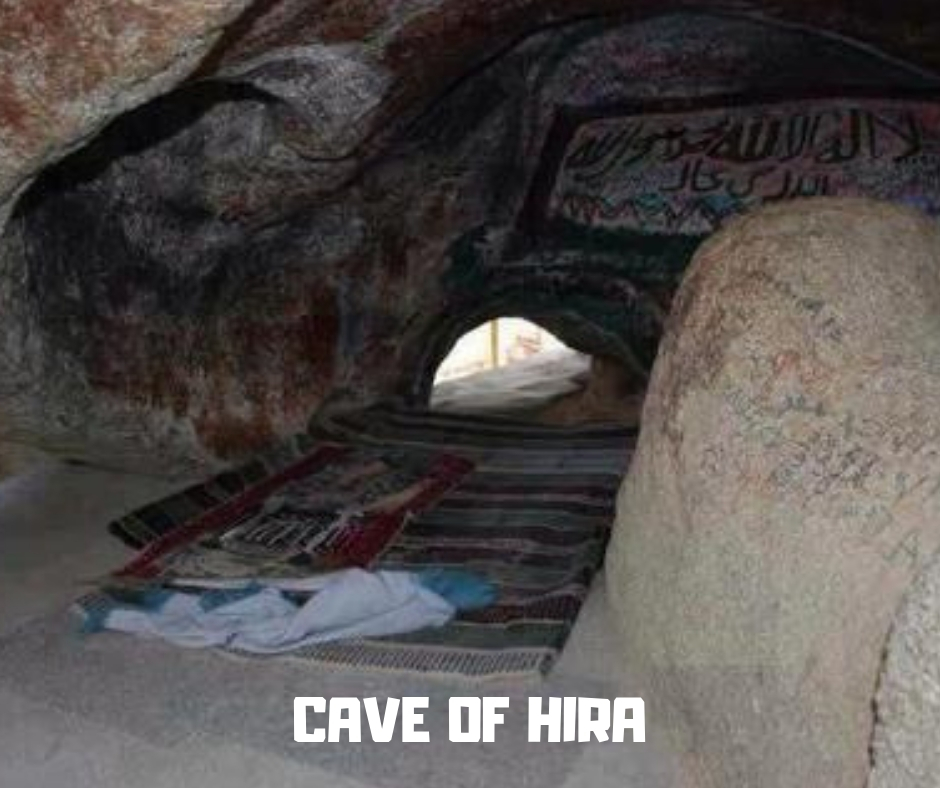 wanting to see his family. He took food for his stay, then came back to (his wife) Khadijah to collect more food again, until suddenly the Truth descended upon him while he was in the cave of Hiraa’. The Angel came to him and told him to read. The Prophet replied, ‘I am not a reader.’ The Prophet said:

Read! In the name of your Lord who created; He created man from a clinging form. Read! Your Lord is the Most Bountiful One who taught by the pen, who taught man what he did not knowQur'an 96:1-5

Namoos – The Bringer of Revelation

After the Revelation came to Prophet Muhammad ﷺ he went home with heart beating rigorously, he memorized the verses of the Book of Allah.

The first person he went to was his wife Khadijah and said “Cover me! Cover me!” She then covered him, until he calmed down, and then told her everything that had happened and said “I fear for myself” and to which Khadijah replied, “Never! By Allah, Allah will never disgrace you”.

“You uphold the ties of kinship,
help the poor and destitute,
honour your guests and
assist the deserving calamity-afflicted ones.”

Shortly, afterwards, Khadijah took him to someone who became a Christian during the times of Jaahiliyah. He was a scribe who wrote Hebrew, his name, Waraqah ibn Nawfal.

Waraqah was an aged and blind man. Khadijah asked him to listen to their story. He asked Prophet Muhammad ﷺ what he saw and later told him “this is the Namoos – the bringer of Revelation, i.e. Jibreel, who also came down to Musa.

I wish I was young and strong and could live up to the time when your people will drive you out.” Prophet Muhammad ﷺ asked, “Will they drive me out?” to which, Waraqah replied, “Yes, no man has ever brought something similar to what you have brought and not be treated with hostility. But, if I should remain alive, until the day when you will be turned out then I will support you strongly.” After a few days, Waraqah passed away and Revelation paused for a while.

Those First to Embrace Islam

The first person to believe in Prophet Muhammad ﷺ and enter Islam was his wife Khadijah, followed by his 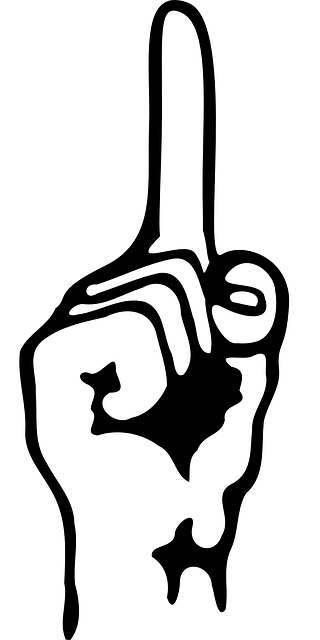 cousin ‘Ali, he was 10 years old, then his freed slave Zayd ibn Haarithah, then Abu Bakr as-Siddiq. The first slave who became Muslim was Bilal ibn Rabaah al-Habashi. Prophet Muhammad ﷺ prayed with Khadijah late on a Monday, and that was the first day he prayed. During this time the units of prayer were 2 rak’ahs in the morning and 2 rak’ahs in the evening.

The revelation was on hold for a while. There are reports that differ. The longest estimate is 3 years and the shortest estimate is 6 months. The pausing of Revelation caused great distress to Prophet Muhammad ﷺ. Thinking that Allah (SWT) had forsaken him, after He had chosen him for the honour of Prophethood. However, after some time the Revelation came back to him.

Whilst I was walking, I heard a voice from the heaven, so I looked up and saw the Angel who had come to me in the cave of Hira’, sitting on a throne between heaven and earth. I was afraid of him, so I went back saying, ‘Cover me!’ then Allah revealed the words “You, wrapped in your cloak, arise and give warning! Proclaim the greatness of your Lord; cleanse yourself; [clean your garments] keep away from the filth.Qur'an 74:1-5

Life of Prophet Muhammad and the beginning of his Prophethood continued. The Revelation resumed and continued to come to him. The Messenger of Allah called people to Islam. His dawah went on for about three years until a number of faithful men and women embraced Islam. Shortly, when the number of people who entered Islam had reached approximately 30, Allah (SWT) commanded Prophet Muhammad ﷺ to convey the message openly.

So proclaim openly what you have been commanded [to say], and ignore the idolaters.Qur'an 15:94

Tough times started taking place. The persecution of new believers and of Prophet Muhammad ﷺ began. It started when the mushrikeen were upset, due to the Messenger of Allah casting aspersions upon their reasoning, criticized their gods, and introduced Islam which called them to One God.

During this difficult period, Prophet Muhammad ﷺ would meet the believers in secret, in the house of Al-Arqam.

The Prophet ﷺ used to recite to them verses from the Qur’an that were revealed to him. He would teach them about the rulings of the religion and the laws that had been revealed at that stage.

The Messenger ﷺ was commanded to warn his tribe and kinsmen, so he stood on As-Safa and called the clans of Quraysh one by one, invited them to Islam and asked them to give up worshipping idols, told them about Paradise and warned them about Hellfire.

The Quraysh were against Prophet Muhammad ﷺ and wanted to harm him, but having his Uncle Abu Taalib by his side, he was protected. Abu Taalib protected him and refused to surrender him to the Quraysh. Abu Taalib asked the Messenger of Allah to tone his dawah work a bit, to what Prophet Muhammad ﷺ responded, “By Allah, if they were to put the sun in my right hand and the moon in my left to make me give up this matter, I will never give it up until Allah makes it victorious or I perish in the attempt.”

Next, the mushrikeen’s persecution of Prophet Muhammad ﷺ and his companions started to get worse. There were some who were made blind and some who died under torture. When the Quraysh saw how the believers were strong in their belief, they eventually decided to negotiate with Prophet Muhammad ﷺ offering him unlimited money or to make him their King, but the Messenger of Allah refused all that was offered to him.

Prophet Muhammad ﷺ saw how stubborn the Quraysh were and how they persisted in their persecution. He said to his Companions; “Why do you not leave and go to Abyssinia, for in that land there is a King under whom no one is mistreated until Allah grants you a way out from the difficulties you are facing.”

During this first migration, around 12 men and 4 women migrated, but then came back after they heard that ‘Umar had become Muslim and Islam was being proclaimed openly. It was not long before they went back (to Abyssinia), taking other believers with them. 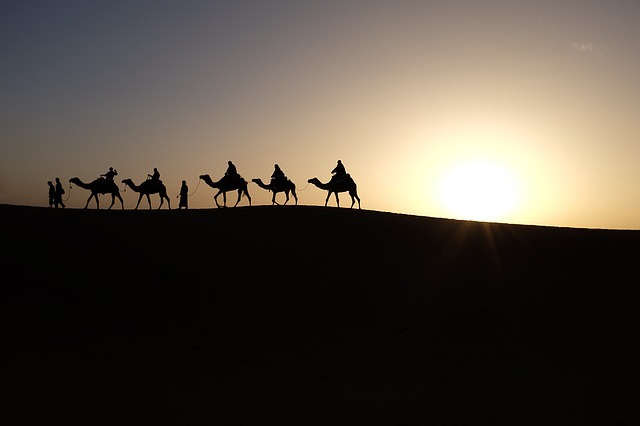 In the second migration, around 83 men and 11 women went to Abyssinia. Later on, the mushrikeen boycotted Prophet Muhammad ﷺ, Banu Hashim and Banu al-Muttalib. The mushrikeen stopped trading, intermarrying and mixing with them and also refused to accept any deals.

The boycott lasted for about two to three years, during which Prophet Muhammad ﷺ and the believers, who stood by him suffered a great deal of difficulty. After a long period of time, the boycott ended with the help of some wise men among the Quraysh.

The Seerah of the Life of Prophet Muhammad pbuh will continue with Part 3, from the migration to Abyssinia until the migration to Madinah.  Check back soon or Sign up now to receive early notification of part 3 plus access to our free resource library.

To read more about the Early life of the Prophet Muhammed صلى الله عليه وسلم in more detail, visit My Bookshelf for a selection of books that I recommend on the Seerah of our beloved Prophet صلى الله عليه وسلم

Shazia Chowdhury is a student of the Qur’an and Sunnah and loves to share beneficial knowledge and voices out her personal insights to connect with people. Produced her first- Ramadan Booklet in 2018. Founder of an NGO, which helps the poor to live life healthier and happier. On a side- she adores being a foodie, an explorer as well as a nature lover.

What You Should Know About The Women of Paradise
Amazing Guide to Learn About the Quran
Qurbani Means Sacrifice: An Overview of the Islamic Ritual