Here are my study notes for word analysis of Quran Lesson 1, Surah Al Fatiha ayets 1-7.  I hope you find them beneficial to your studies.

Surah Fatiha has 7 verses, 25 words, 113 letters.  This Surah is a supplication to Allah for guidance taught by Allah himself.

The Surah is called Al Fatiha because:

When you pray salah, we always start with Al Fatiha.

Imagine a door that is blocking access to a room, fatah-al-baab, is to open up the door, to remove the block so that you can enter.

Abu Huraira narrated that the Prophet (saw) said,  Surah Al Fatiha is the Mother of the Book.  In arabic, اُمْ الكتاب, Ummul Kitab.  Umm meaning mother, Kitab meaning book. The mother is the foundation of something.

Surah Fatiha is the foundation of the Quran.  If a person is able to understand and accept the message of Surah Al Fatiha, the rest of the Quran is also easy to comprehend as all the main concepts and themes are mentioned in Surah Al Fatiha.

There are other names for Surah Al Fatiha: 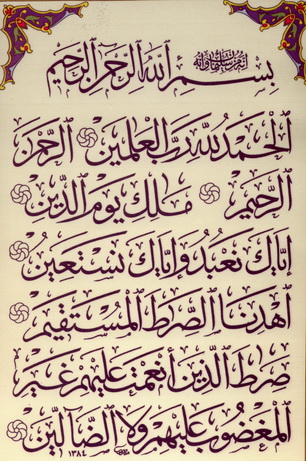 It is from the etiquette when a person begins the recitation of the Quran, he should seek protection from the Shaytan (devil), with Allah (swt)

بِسۡمِ Bismi is a combination of  Bi (with)  and ism - name.  (ism) also includes all the names of Allah.

Bismi means, I begin with name, by mentioning the name of Allah (swt)

Ism - derives from the root س م و samoo, which means height from the same root of the word samah which means sky.

There is a connection between ism and samah

Ism - name which can be anyone's name

ٱلرَّحۡمَـٰنِ ٱلرَّحِيمِ  we begin with two names of Allah, they both have the same root letters.

Used for womb of a mother, source of baby's growth, nurture. It is out of Allah's Rahma that we are here.

The difference between  ٱلرَّحۡمَـٰنِ ٱلرَّحِيمِ Ar Rahman and Ar Rheem,

2. All Praise is for Allah the Sustainer of the Worlds

To mention the perfect attributes of the one who is praiseworthy, the one who deserves praise.

These perfect attributes are of three types:

Hamd also includes gratitude. Thanking Allah for his actions/blessings upon you. Includes praise and thanks.

It is he who only deserves complete praise, no one else other than him.

Only he who is worthy of complete praise. 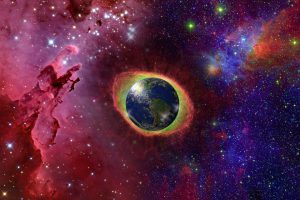 Allah is the one who manages, nurtures, creates all that is exists in the world of people, angels, jinns, ants, fish, birds etc. There are two ways to look at the word Rabb:

ٱلۡعَـٰلَمِينَ Alameen: plural of 'alam.  relates to any being or object that points to the existence of its creator, relates to everything besides Allah (swa)

4. Master of The Day of Recompense

Allah is the Real Malik, he owns everything and has complete authority over it.

People are also described as Masters, but when it comes to people their mastery is incomplete, they may have authority over others but they don't own them.

Allah has complete Authority and Possession.  He is the Ruler and the Owner.

In the Lunar calendar, the day changes after sunset (maghrib).  Allah is the Malik of the Day of Judgment.

Recompense means to get back exactly what you deserve, it could be reward or punishment. 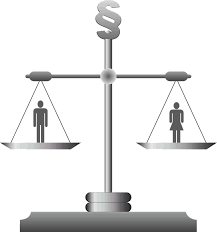 There are other meanings of the word Deen but it depends on context. Here it means The day when people will be given what they deserve for their actions and it will be done with justice.

Iyya comes to support the Kaa (You). Gives the meaning of Only.

The word Iyya you will never find it alone by itself, it will always be used with a pronoun.  When the word is combined with a pronoun it is conveyed as specific, only, non-but.

To express one's humility in front of someone. To express oneself as weak and insignificant out of intense love.  To submit.

Another word from the same root:

A slave will do everything that the master commands.

'Ibadah is everything, every action that Allah (swt) loves and is pleased with.

It includes all the rituals of salah, fasting, zakat etc but also all acts throughout the day that is done with the intention of pleasing Allah.  It also includes statements such as speaking the truth as well as actions. They can be hidden or visible, eg, salah is visible, hidden could be good thoughts or gratitude about Allah or someone.

وَإِيَّاكَ Wa iyyaka: And You Alone.

Only you we ask for help in all matters.

6. Guide Us to The Straight Path

Hidaya is also of two types: 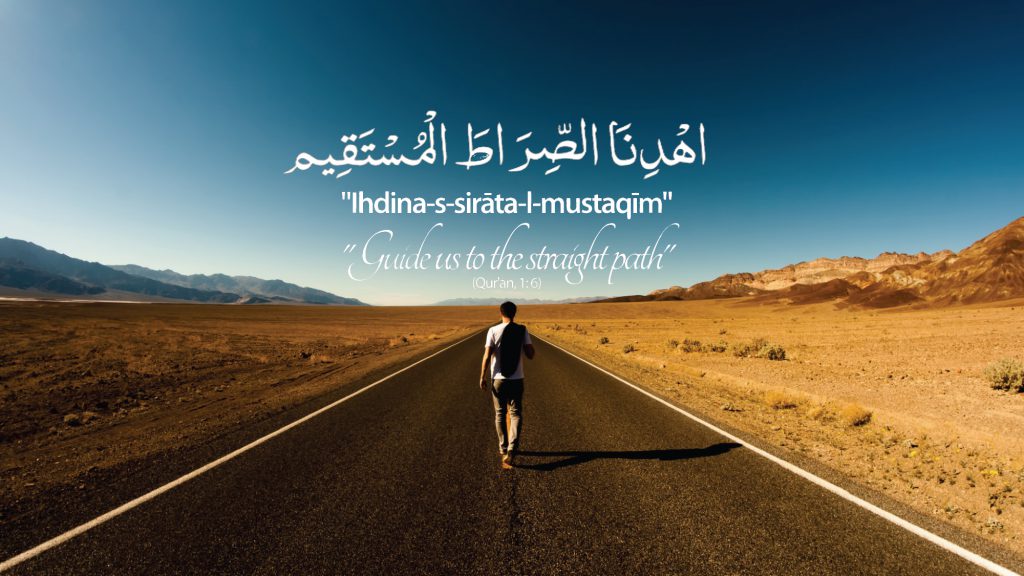 Characteristic of the path. We want to go on the Straight Mustaqeem

Ni'ma - a blessing. Not just about tangible blessings, here it refers to the blessing of Emaan (faith).

This is a blessing that fulfills some need of a person. We have spiritual, emotional, mental, and social needs, as well as physical needs. In this context, it is referring to the blessings of emaan, Islam, guidance, piety, religion, deen.

Gha-dab. Used for anger.  There are so many words in the arabic language for anger.  Gha-dab is anger that turns into revenge.

These people know what they have to do but they don't do it so this is why they incur the punishment of Allah. The people who have earned the anger of Allah refers to people who have the knowledge, yet they still disobey.  Thus, they earn the punishment. We are asking Allah not to make us like them. Every time we knowingly disobey Allah, we are inviting Allah's punishment.

Refers to someone who goes astray because of lack of knowledge and therefore he is lost. He is ignorant of it. What's his fault: He chooses to remain ignorant. Whoever truly seeks guidance, Allah shows them the way. Think of Salman al-Farisi (ra). It was said about him that if Islam was found on the moon, he would have gone there for it.

Ameen: In Arabic, it means, "O Allah, hear and accept" listen and respond.

Hadith mentioned in Sahi Muslim in which the Prophet (saw) said when any of you says in the prayer Ameen, and the angles in the heavens say Ameen at the same time, then all of his previous sins will be forgiven.

Learn the word to word of Surah Al Baqarah with