Plan Your Schedule For Ramadan.  This article includes a Free Ramadan Weekly Schedule plus a pdf version of this article for you to download.

For any deeds to be accepted by Allah, it must meet two conditions: 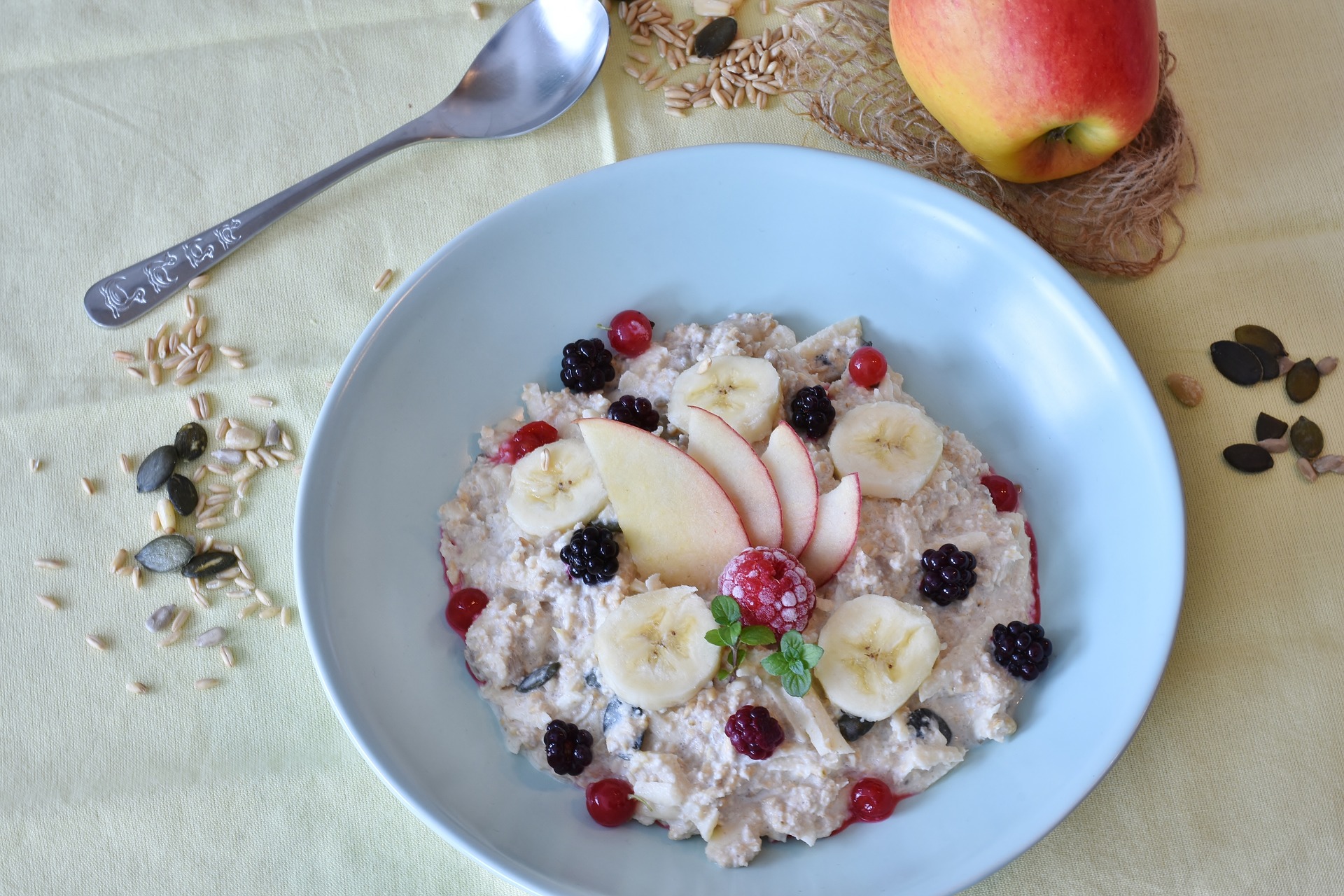 It is highly recommended getting up to eat something, even if a small amount.

The Prophet Muhammad (pbuh) said: “Have suhoor for in suhoor there is a blessing Bukhari 4/139

The Prophet (pbuh) said: "The two rakat of the Fajr is better than this world and all it contains" [Muslim, at-Tirmizhi]

The Prophet Muhammad (pbuh) said: “He who observes twelve sunnah rakat in the course of a day and night will have a house built for him in Jannah: [Muslim] 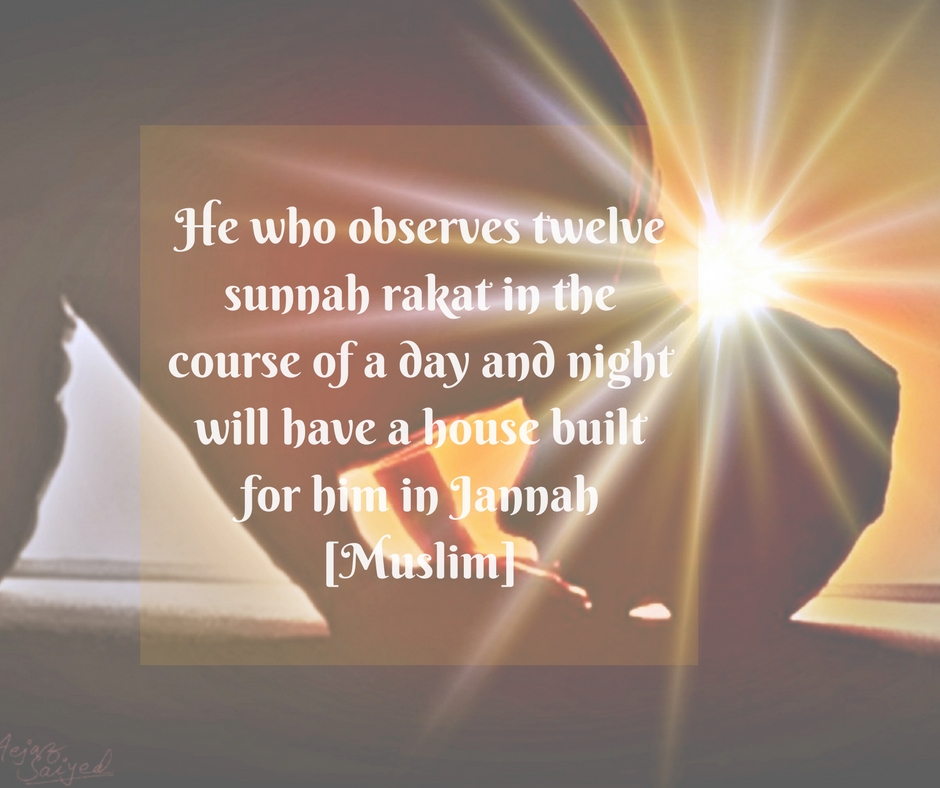 The Prophet Muhammad (pbuh) said: 'Whoever reads a letter from the Book of Allah, he will have a reward, and this reward will be multiplied by ten'. [At-Tirmithi]

The Prophet Muhammad (pbuh) said: 'Read the Quran, for indeed it will come on the Day of Standing as an intercessor for its companions'. [Muslim]

The Prophet Muhammad (pbuh) said: 'The house in which Al-Baqarah is recited is not approached by Shaytan'.[Muslim] 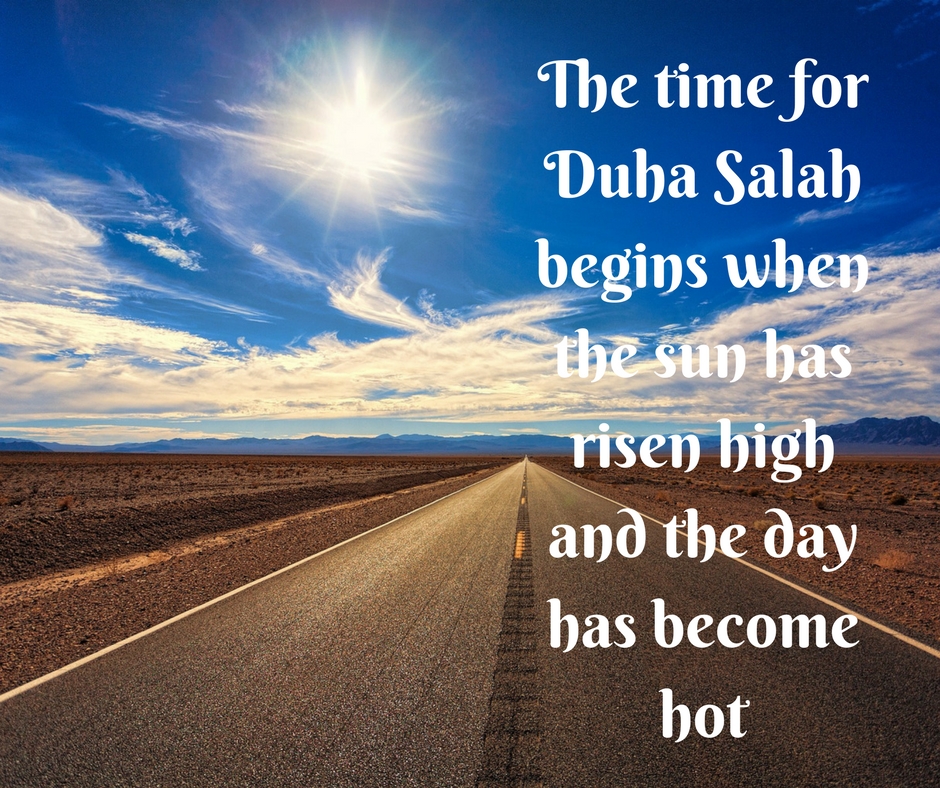 Praying Salat-ul-Duha is a sign of constant repenting. It can bring you immense rewards and blessings and it was one of the advice of the Prophet (pbuh) to offer this prayer.

Ibn 'Umar said: "We observed and preserved from the Prophet (pbuh) ten rakat of sunnah prayers: two before Dhuhr and two after it, two after maghrib in his house, two after 'isha in his house and two rakat before the Fajar [Bukhari]

4 sunnah before and 2 or 4 sunnah after Dhuhr Salah

Umm Habibah reports that the Prophet (pbuh) said: "Whoever prays four rakat before Dhuhr and four after it, Allah will forbid that his flesh be in the fire." [ Ahmad, Abu Dawud, at-Tirmizhi ]

Ibn 'Umar reports that the Prophet (pbuh) said: 'May Allah have mercy on a person who prays four rakat before Asr prayer'.  [Abu Dawud, at-Tirmizhi] 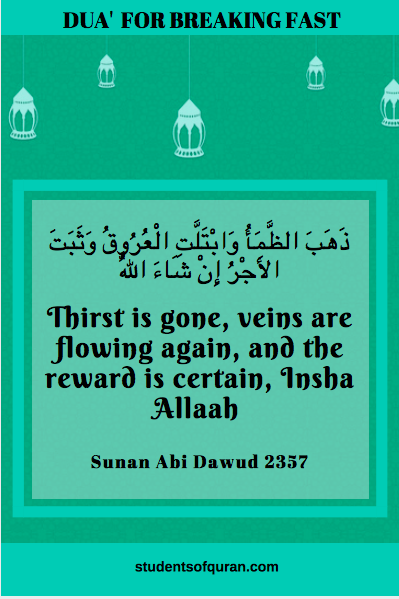 The Prophet (pbuh) said: 'The people will always be with the good as long as they hasten in breaking the fast." [Bukhari and Muslim]

Say 'Bismillah', then break your fast and say:

Ibn Abbas said: 'We would pray two rakat before Maghrib and the Prophet (pbuh) would see us but he would not order us to do so, nor would he prohibit us.'[Muslim]

Build your house in the Jannah, inshaAllah

Night prayers can be prayed anytime after Isha Salah, up until Fajar Salah.

The following all mean night prayer: 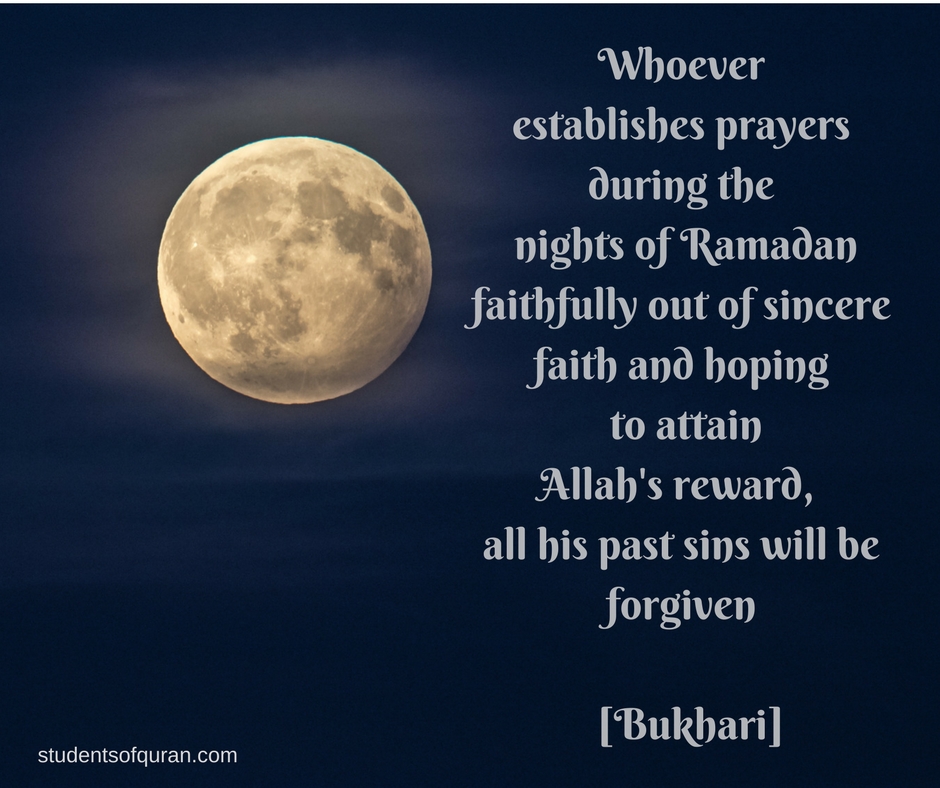 The Tarawih night prayers are prayed in the month of Ramadan, they are prayed in two rakat after each other, you can do as many rakat as you choose as it is a Sunnah prayer.

The Prophet (pbuh)  said: 'Whoever establishes prayers during the nights of Ramadan faithfully out of sincere faith and hoping to attain Allah's reward, all his past sins will be forgiven'. [Bukhari]

During the time of 'Umar, 'Uthman, and 'Ali the people prayed twenty rakat.

Example: If you pray 4 rakat of night prayer after Isha and then end with Witr. You then go to sleep and wake up in the last portion of the night to pray, you do not repeat the Witr at the end.

Ali heard the Prophet (pbuh) say: 'There are no two Witr prayers in one night.' [At-Tirmizhi]

Ibn Abbas narrates the Prophet (pbuh) ordered and encouraged them to make the Tahajjud prayer to the extent that he said: 'You should perform salat-ul-layl  even if it is just one rakat' [ At-Tabarani]

Call upon Me, I will respond to your supplications[Surah Ghaafir, 40:60]

The Prophet (pbuh) said: 'The nearest a servant comes to his Rabb (Lord) is when he is prostrating himself, so supplicate much (in this state)'. [Muslim]

The Prophet (pbuh) said: Dua is the weapon of the believer, the pillar of the religion, and the light of the heaven and earth' [Al-Hakim]

Specific Dua's of the Prophet (pbuh)

The Prophet (pbuh) said: 'Praise is to Allah who has fed me this food and provided it for me, without any strength or power on my part, is forgiven his past and future sins. [Abu Dawud]

The Prophet (pbuh) said: 'O Allah, You are my Lord. None has the right to be worshipped except You. You created me and I am your servant and I abide by your covenant and promise as best I can. I seek refuge in you from the evil, which I have committed. I acknowledge your favour upon me and I know my sins, so forgive me, for verily none can forgive sins except you'. [ Al-Bukhari]

Prostrate to Allah, tell Him you are sorry and seek forgiveness and say sincerely you will never do it again, do it today.  We do not know if we will be here tomorrow.  Do not let Shaytan make you feel your sins are too big and that Allah will not forgive. 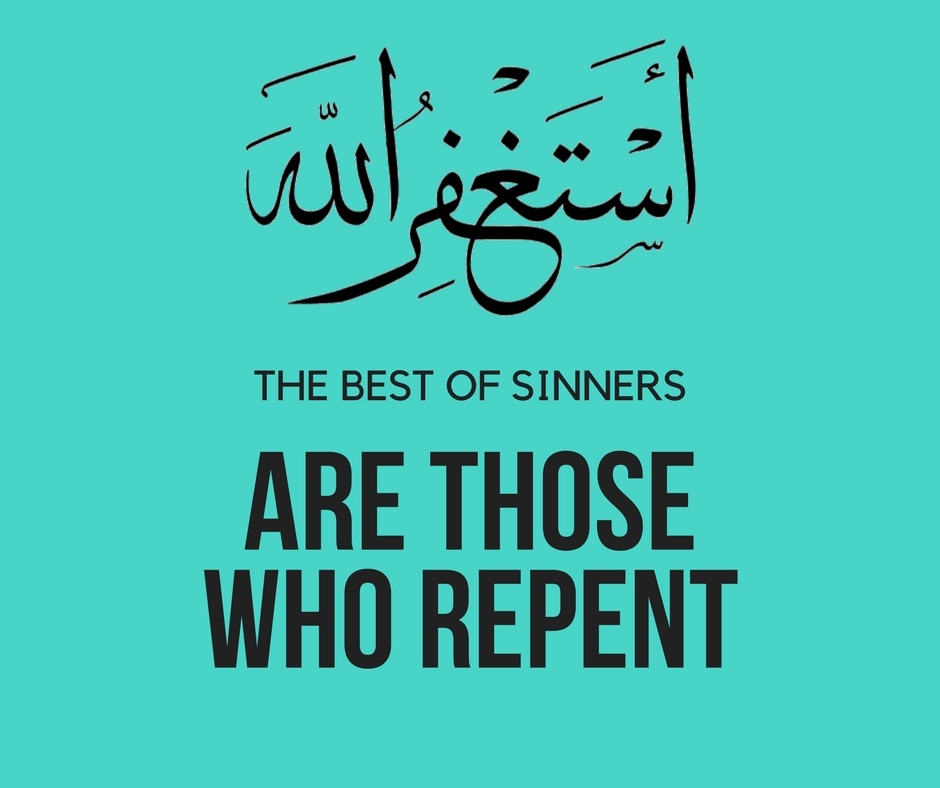 The Prophet (pbuh) said: Allah said:  'O son of Adam, so long as you call upon Me, and ask of Me, I shall forgive for what you have done, and I shall not mind. O son of Adam were your sins to reach the clouds of the sky and were you then to ask forgiveness of Me, I would forgive you. O son of Adam were you to come to Me with sins nearly as great as the earth and were you then to face Me, ascribing no partner to Me, I would bring you forgiveness nearly as great as it.” [Hadith Qudsi]

Allah says: 'O you who believe, let not your riches or your children divert you from the remembrance of Allah. And whoever does that, then, surely they are the losers.' [Surah Al-Munafiqoon, 63:9] 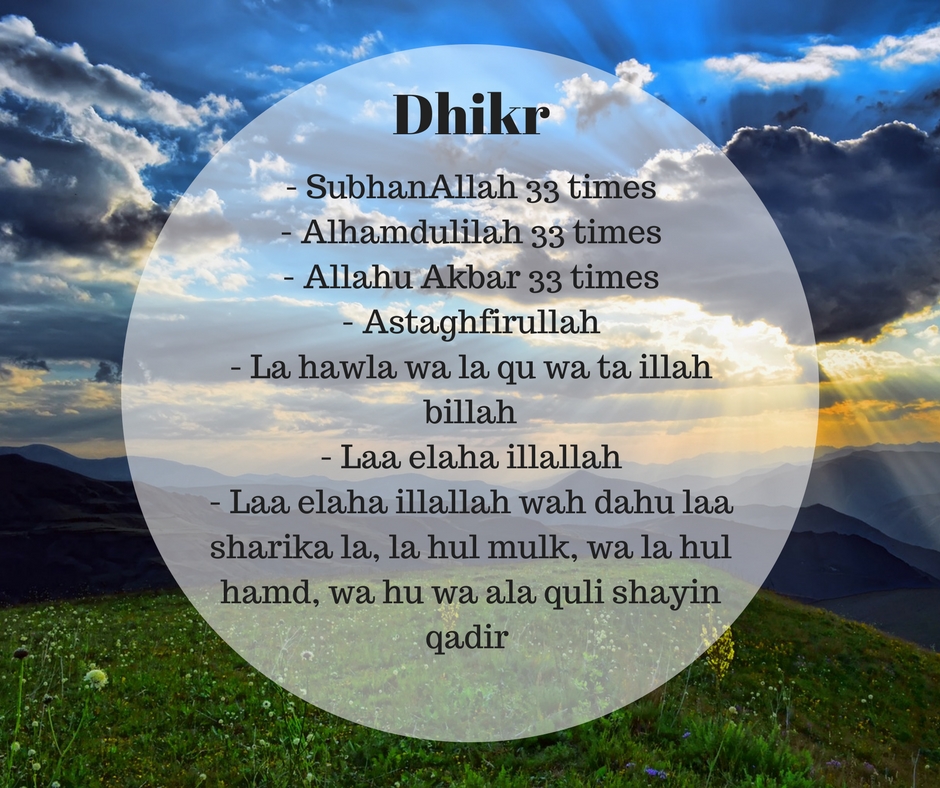 The Prophet (pbuh) said: 'There are two phrases that are light on the tongue but heavy in the balance. They are:

The Prophet (pbuh) said: 'The one who recites ayahtul kursi after each of the obligatory prayers, then death will be the only thing preventing him from entering al-Jannah'. [At-Tabaraani]

The Prophet (pbuh) said: 'Seeking knowledge is an obligation upon every Muslim'. [Ibn Majah]

Seek Knowledge of Islam, through Quran and authentic Sunnah. 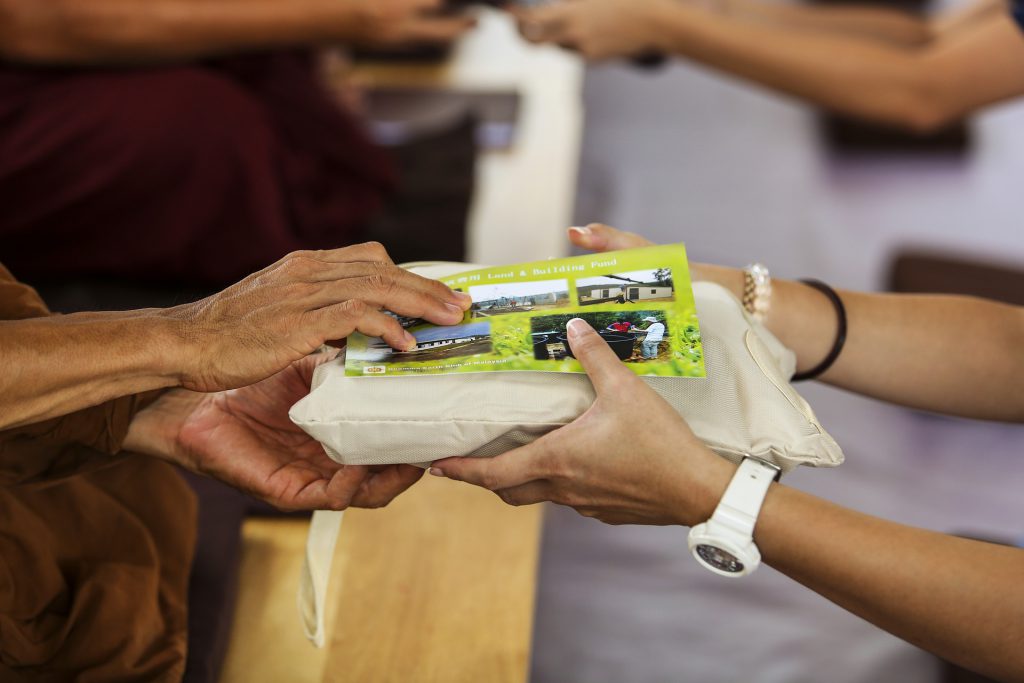 The Prophet (pbuh) said: 'On the Day of Resurrection the feet of the son of Adam [man] will not move away till he is questioned about four matters: how he spent his life how he spent his youth; from where he acquired his wealth and how he spent it, and what he did with his knowledge." [Hadith Tirmidhi]

The Prophet (pbuh) said: 'He would strive to do acts of worship during the last ten days of Ramadan more than he would at any other time'. [Muslim]

During the last 10 days of Ramadan, I try my best to be more focused with my ibadah. I will make sure my calendar is free and book ahead. If I am working I ensure I take annual leave. Last year I was fortunate enough to go on Umrah during Ramadan.  Here are a few suggestions you can do to increase your worship and focus in the last 10 days. 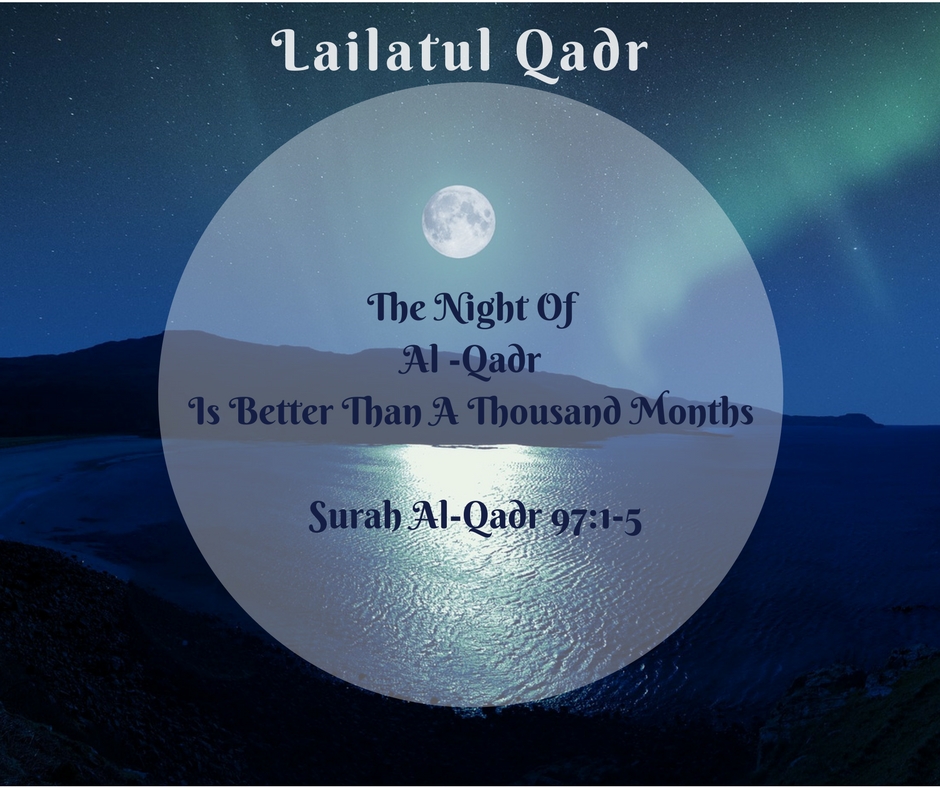 Actions done on this night is better than one thousand months.

Make dua on this night

O Allah, You are pardoning and You love to pardon, so pardon me'.  " [Ahmad, Ibn Majah]

When is the Night of Power?

Aishah said: 'Allah's Messenger (pbuh) used to practice I'tikaf in the last ten nights and say: 'Seek out Lailatul-Qadr in the odd nights of the last ten of Ramadan'.  [Bukhari & Muslim]

The Prophet (pbuh) forbade fasting on the day of Fitr and the day of Sacrifice Adhaa. [Muslim,827]

May Allah accept our deeds.