I went to visit with my Father in Bristol a few weeks ago.  While I was travelling I was reading Yasir Qadhi’s book Du’a The Weapon of the Believer

. Whilst reading I came across a section in the book that I wanted to share with you as it answered a question that a non-Muslim had previously asked me. I also posted the question on my social media platforms.

“Can A Non-Muslim Make Du’a To Allah”? 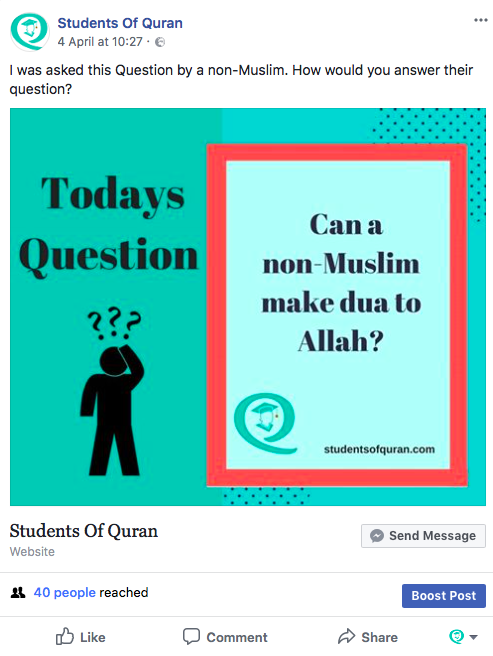 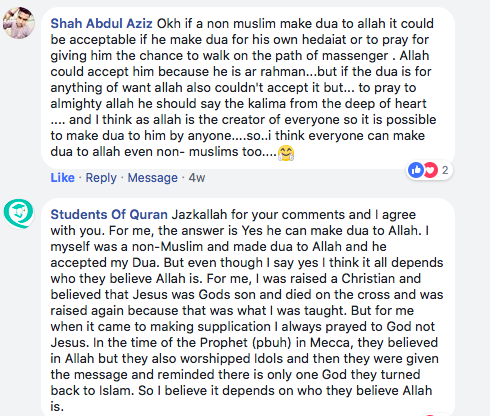 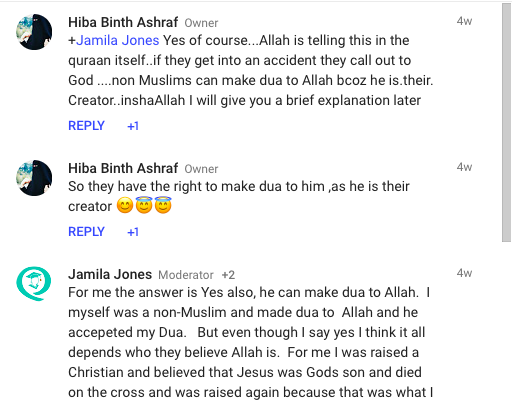 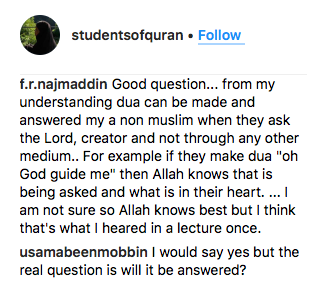 I also posted the question to a close friend of mine on WhatsApp, she decided to go and ask a Scholar who said.  “It all depends on who they believe Allah is.  If they believe Allah is the sun, a star or a tree etc, then no because this is Shirk (associating partners with Allah).

So, as I mentioned earlier, I was travelling to Bristol from Leicester which is approximately a three-hour journey by coach, so I had time for some quality reading. 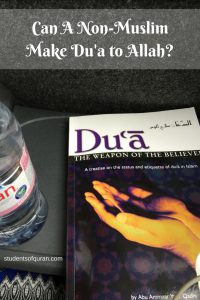 several years ago, and since I was planning on doing a book review thought this would be a great opportunity to read it again and also help me prepare for Ramadan.

I believe Yasir Qadi gives a clear and thorough answer to this Question.

Can a Non-Muslim Make Du’a to Allah?

…”When one makes a du’a to Allah, one is acknowledging that Allah exists and that He is the true Lord. The person so doing is stating by his actions that Allah controls all matters, for only Allah has the power and capability to respond to his du’a. He is admitting that Allah is the Nourisher, Sustainer, Creator and Master of the entire creation, and all of this is the essence of Tawhid-al-Rububiyyah. Even when a non-Muslim makes a du’a to Allah (even if it is by another name), he affirms all of these concepts as well. It is because of this affirmation that it is possible that a non-Muslim’s du’a is answered as well, for the response of a du’a relates to Tawhid-al-Rububiyyah.

Allah mentions in numerous verses in the Qur’an that disbelievers call out to Him at times of need, and yet when He responds to their du’a they worship others besides Him. So the point is that Allah does respond to the du’a of the unbeliever as well as the Muslim, for both turns to Allah recognising that only Allah can grant them what they desire.

However, the du’a of the Muslim has a greater chance of being accepted, for he calls out only to Allah only, whereas the unbeliever calls out to others besides Allah turning to Allah only when he is in great distress.
Also, the fact that Allah responds to the du’a of the unbeliever does not in any way imply that He is pleased with him, or that he will be saved from the fire of Hell. Rather, it shows that Allah is the Rabb, the true Lord of both the Muslims and unbelievers, and it shows that he is Al-Rahman, the Ever-Merciful, for He shows Mercy to the Muslim in this life and the Hereafter, and He shows some Mercy of the unbelievers in this life. Were it not for this Mercy, the unbelievers would not even be blessed with a morsel of food or a sip of water. And this general mercy entails that Allah responds occasionally to the du’a of an unbeliever, especially when it sincerely comes from the heart that has turned sincerely and desperately towards Allah”…

Dr Lawerence who was an atheist tells the story of his conversion to Islam when he called out to Allah in great distress.

I highly recommend Yasir Qadi’s book. It is truly A Weapon for all Believers

. If you would like to purchase the book, you can find it on My Bookshelf. It will also help you in getting ready for Ramadan.

Sciences of the Qu'ran

Disclaimer:  This page contains affiliate links.  If you buy something through one of these links you won't pay a penny more, but I will get a small commission which helps with the running costs of this website.